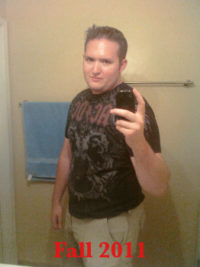 Back in November of 2011, I weighed approximately 265 lbs. I had never been athletic but a combination of bad diet, lack of knowledge about a proper workout regiment and a desk job had taken things from bad to worse. People frequently ask me what my “ah ha” moment was and to be honest there really wasn’t one. I just got tired of not being happy with what I saw when I looked in the mirror and refused to keep buying large and larger clothes.

I started my fitness journey that November and it began simply with using the app MyFitnessPal to track what I was eating and learning to balance my calorie intake vs expenditure. It worked and I began losing weight pretty quickly. In the Summer of 2012, I moved into a phase of walking and then eventually running in Fall 2012.. The first time I went out to run I couldn’t run a mile without stopping and walking most of it. I don’t have the time recorded but I believe my first mile was somewhere in the 18-minute range but I was determined and kept at it for several months and before I knew it I was running 8-minute miles and doing two or three 5k runs a week. Running and maintaining my diet I was able to get down to 225lbs by January of 2013.

At that point, I decided I wanted to try some strength work and signed up at a globo gym. I went for a few months and while I was improving slowly, I didn’t feel that I was really getting enough out of what I was doing because I lacked the knowledge on how to properly train. It was at this point that I decided to sign up for Crossfit. I signed up for Crossfit in April of 2013 with the intention of doing it a couple days a week, however almost immediately I was hooked and was going 5-6 days a week. I had never been sore like that in my entire life and I there were days I could barely move, it just made me want to keep coming back. 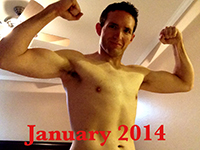 Since starting Crossfit I am down to 185lbs, my body fat percentage has dropped from 25% to 13%, my fastest mile is now under 7 minutes and my weights have all increased dramatically in just the 8 months I’ve been doing Crossfit. I am now doing 5 wods a week along with 2 days of Oly classes and I always want to come back for more. Crossfit and the coaches at Infernal have enabled me to do things that I never thought I would be capable of.

I have strongly encouraged numerous people to give Crossfit a try and am actually even hoping to get my Level 1 Certification sometime this year so I can continue to grow in my own knowledge and fitness as well as help others on their fitness journey like others have and continue to help me.

Thank you for the wonderful work that you and everyone at Infernal does.

Get Your FREE Body Scan!